(This product is only available in Dutch).

Maison Amsterdam – De Stad, De Mode, De Vrijheid is the catalog of the long-awaited exhibition of the same name in De Nieuwe Kerk. 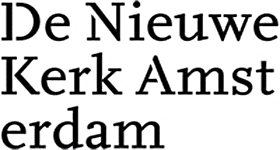 Maison Amsterdam is about 250 years of fashion history of the capital: the liberal and creative city where anything is possible. It tells the story of the eccentric fashion city that Amsterdam became. The central theme is freedom, but also lack of freedom, determined fashion through the ages.

In the book, the reader takes a walk through the city, past famous places such as Dam Square, Zeedijk, Oostelijke Handelskade and Vondelpark. Iconic haute couture shines in the world of Amsterdam’s old fashion palaces. But revolutionary fashion trends, such as Mary Quant’s mini-style, have a place in this book, as well as other styles that grew out of celebration and protest, such as hippie and punk. And how could it be otherwise: Amsterdam Denim Capital is of course also discussed – Amsterdam is the cradle of many well-known jeans brands.

The emphasis is on individual garments and styles, each of which tells its own story about freedom and lack of freedom, through the eyes of the designer or maker. Closely linked to current themes such as sustainability, gender and diversity in the broadest sense of the word.