This book is a chronicle of the genesis and creation of Memoria (2021), the new film by Apichatpong Weerasethakul.

After visiting Colombia in 2017, Apichatpong chose the country as the location for his first feature shot outside of his native Thailand. In the following two years, he returned for several visits and travelled extensively, listening to the stories of the people he met along the way. The book ‘Memoria’ gathers the memories he collected, in the form of photographs, a personal diary and sketchbook, research notes, treatment excerpts, and email correspondence.

Ever since being startled by a loud ‘bang’ at daybreak, Jessica (Tilda Swinton) is unable to sleep. In Bogotá to visit her sister, she befriends Agnes (Jeanne Balibar), an archaeologist studying human remains discovered within a tunnel under construction.

Jessica travels to see Agnes at the excavation site. In a small town nearby, she encounters a fish scaler, Hernan (Elkin Diaz). They share memories by the river. As the day comes to a close, Jessica is awakened to a sense of clarity.

Apichatpong Weerasethakul is recognised as one of the most original voices in contemporary cinema. His previous seven feature films, short films, installations and his recent live performance have won him widespread international recognition and numerous awards, including the Cannes Palme d’Or in 2010 with Uncle Boonmee Who Can Recall His Past Lives. His Tropical Malady won the Cannes Competition Jury Prize in 2004 and Blissfully Yours won the Cannes Un Certain Regard Award in 2002. Syndromes and a Century (2006) was recognised as one of the best films of the last decade in several 2010 polls. Mysterious Object at Noon (2000), his first feature, has been restored by Martin Scorsese’s World Cinema Foundation.

Be the first to review “Memoria | Apichatpong Weerasethakul” Cancel reply 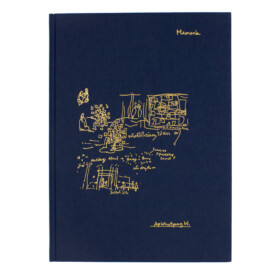