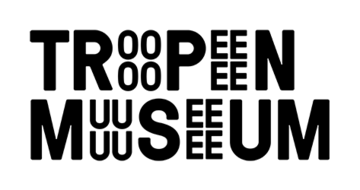 A handsome hardback all about the Aztecs. Through 400 colour illustrations, this catalogue provides an extensive look into the captivating history of the Aztec Empire.

The exhibition of the same name will be on display at Museum Volkenkunde from 6 of August.

Five hundred years ago, the landing of Hernan Cortes in Mexico marked the end of the Aztec Empire.

The catalogue Aztecs showcases the beauty and artistry of the Aztec culture with unpublished finds such as rare feather shields, impressive stone sculptures, precious mosaic masks, and gold works, as well as brilliantly-coloured illustrated manuscripts that bring the world of the Aztecs to life. Precious objects from the magnificent furnishings of the palace of Emperor Moctezuma and the main temple Templo Mayor, including recently discovered sacrificial offerings that have never previously been exhibited are featured in this publication.

This catalogue forms a companion to the exhibition Aztecs – The people behind the myths at Museum Volkenkunde. This major exhibition features life-sized warriors carved from stone, mythical human-animal figures, intricate gold jewellery, fascinating drawings and a full-size 3D print of the calendar stone. Unique stories bring these artefacts to life.

Aztecs is fully based on academic research and facts. There are many stories about the Aztecs that have no basis in fact. We now know much more about the daily lives of normal Aztecs, including their childhood, education and trade links. This exhibition at Museum Volkenkunde will put the Aztec culture in a new light. It shows the people behind the myth, and the artists behind the art.

In 2021 more than a million Mexican people still speak Nahuatl, the language of the Aztecs. The exhibition will also introduce you to their modern descendants.

Aztecs is an international collaboration that involves several organisations. These include the Museo Nacional de Antropología in México City. As a result, it will feature a large number of intriguing pieces from the Museo. Some of these are on display outside of Mexico for the very first time.

Be the first to review “Aztecs | Catalogue” Cancel reply